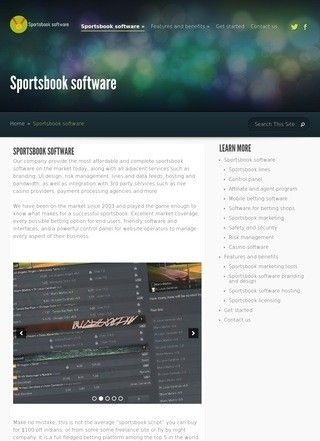 Roe v Wade was passed in 1973. Since then Democrats have had 15 congressional majorities, and four presidents.

In the interview with , the Vice President also said that congress needs to act and pass a law guaranteeing abortion rights to American women, and that women have been stripped of a ‘constitutional right’ following the ‘s decision to overturn Roe v Wade.

Harris said: ‘I think all of us share a deep sense of outrage that the United States Supreme Court took a constitutional right that was recognized, took it from the women of America.’

The vice president continued: ‘We are now looking at a case where the government can interfere in what is one of the most intimate and private decisions that someone can make.’

The interview will air on CBS’s ‘Face the Nation’ this Sunday.

On Friday, President Joe Biden signed an executive order designed to help women travel to states where abortions are legal as well as expanding access to abortion pills through the Department of Health and Human Services.

Harris said: ‘We also need Congress to act because that branch of government is where we actually codify, which means put into law, the rights that again, we took for granted, but clearly have now been taken from the women of America.’

On Friday, President Joe Biden signed an executive order designed to help women travel to states where abortions are legal as well as expanding access to abortion pills

The former California senator did say that she didn’t ‘believe’ the justices who said that they felt Roe v Wade was a settled issue.

Harris said: ‘I start from the point of experience of having served in the Senate. I never believed them. I didn’t believe them. It’s why I voted against.’

The vice president put the onus on congress to act on Roe v Wade: ‘If you think about the Voting Rights Act, Congress acted, Civil Rights Act, Congress acted because where there was any question, especially through the courts or any other system, about the sanctity of these rights, we decided as a nation, we would put it into law. That’s what we need to do with Roe and the principles behind Roe.’

It comes days after Harris was widely criticized for her apparent incoherent speech in the wake of the Highland Park shooting that killed seven people on July 4th.

She went on: ‘The whole nation should understand and have a level of empathy to understand that this could happen anywhere [to] any people in any community. And we should stand together and speak out about why it’s got to stop.’

One person wrote on Twitter about the speech saying: ‘Word salad. Means absolutely nothing.’ Another read: ‘Unbroken streak for like nineteen months now of never making a single coherent statement as VP. Almost admirable in its consistency.’

On Friday, Harris met with Democratic lawmakers from Indiana, sportsbook software Florida, Nebraska and Montana, states that have Republican legislatures and governors, and may soon pass abortion bans.

Harris was quoted as saying at the meeting that the Biden administration would show ‘commitment to protecting access to reproductive health care.’ The vice president urged pro-abortion lawmakers to ‘continue defending reproductive rights and freedoms at the state level.’

On Friday, Harris met with Democratic lawmakers from Indiana, Florida, Nebraska and Montana, states that have Republican legislatures and governors, and may soon pass abortion bans

Harris also said: ‘Women should be able to make decisions about their body’

Harris also said: ‘Women should be able to make decisions about their body.’

At the meeting, South Dakota Democrat Erin Healy said: ‘How close to death does someone have to be before a doctor intervenes? South Dakotans should have the freedom to travel anywhere they want in this country, no questions asked. Enforcing some kind of state border laws about who gets to leave and who doesn’t paints a very grim future for America.’

A recently released  taken June 24-27 shows that California Governor Gavin Newsom would fare better in a presidential election against ex-President Donald Trump in a hypothetical 2024 election than the vice president.

In a head-to-head matchup between Harris and Trump, the two tie at 41 percent with another 18 percent saying they don’t know for whom they would cast their ballot in that hypothetical 2024 election.

But when the former president was put up against Newsom, the California Democrat had just a 1 percentage point advantage – 39 percent to 40 percent.